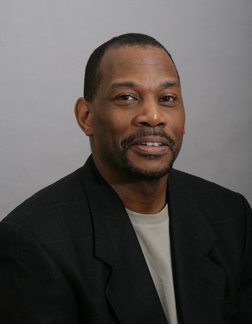 Timothy Holley is an alumnus of Baldwin Wallace University and the University of Michigan. He has collaborated with the Mallarmé Chamber Players and the North Carolina Symphony Orchestra since 1997.

His doctoral dissertation at UM focused on the cello music of African American composers, and he has given premiere performances of works by T. J. Anderson, William Banfield, Trevor Weston and Adolphus Hailstork — including the Sonata for Solo Cello, which was written for him. He has performed Valerie Capers' Song of the Seasons for soprano, cello and piano with Louise Toppin in Weill Hall at Carnegie Hall in New York City. He can also be heard on commercial recordings with Nneena Freelon ("Homefree"), Oral Moses ("Songs of America"), and the North Carolina Symphony Orchestra ("American Spectrum"). He recently performed with the Mallarme Chamber Players (on short notice!) in a concert of "Map to the Treasure: Reimagining Laura Nyro" with pianist and composer Billy Childs (2016).

Dr. Holley has given lectures on the aesthetic diversities of African-American concert music, as exemplified by the influence of the Negro spiritual on the cello music of African-American composers, the poetry of Langston Hughes and its influence on the music of Howard Swanson. He has made two cello transcriptions of works by William Grant Still and contributed encyclopedia entries on the Negro String Quartet and the Symphony of the New World. In 2013, he started an online Facebook group called "The African American Cello History Collective" and also maintains a companion blogsite titled "A View from the Scroll (www.viewedscroll.blogspot.com). He serves as an associate professor of Music at North Carolina Central University.

He also handles assorted senior faculty committee responsibilities whenever the need arises. In addition, he hosts a radio program on 90.7 FM-WNCU, "The Midday Jazz Adjustment," from 11 a.m. to 1 p.m., Monday through Friday.