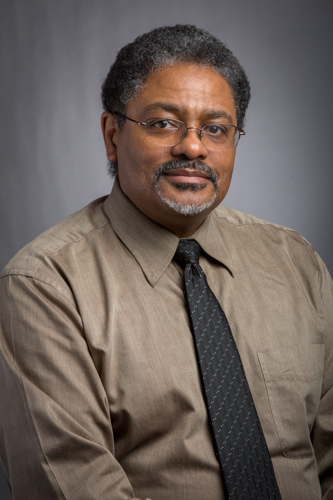 Robert Trowers was born in Brooklyn, New York, in 1957. His family contained many musicians and lovers of the art form. This fostered a love of and appreciation for music at an early age. After mandatory piano lessons during early childhood, he developed an interest in the trombone from listening to the music of the "swing era." Among the bands that sparked his interest in jazz were those of Count Basie, Duke Ellington, Glenn Miller, and Artie Shaw.

The trombonists that first gave him an idea of the possibilities of the instrument were Laurence Brown, "Tricky Sam" Nanton, Tyree Glenn, Tommy Dorsey, Glenn Miller and Jack Teagarden. Later, he became enamored of the "bebop" school of playing, particularly the work of J.J. Johnson, Jimmy Cleveland, Curtis Fuller, and Frank Rosolino.

During his college years, Mr. Trowers played in numerous professional bands in and around New York. He was a member of Jaki Byard's "Apollo Stompers" during their Monday night appearances at New York's "Ali's Alley" in the late '70s. He also was a regular in the Ray Abrams/Hank Doughty Big Band in this same period. In addition, he had jobs and appearances with other New York jazzmen such as Charles Byrd, Ray Draper, Cecil Payne, Harold Cumberbatch, Bill Hardman/Junior Cook, and Mario Escalera.

His first European tour (as well as his first Carnegie Hall appearance) came in 1979 as a member of Abdullah Ibrahim's band called "Ujammah." The group did the tour, as well as concerts in New York area venues including Carnegie Hall and the Public Theatre.

In 1982, Mr. Trowers got a call to play with jazz legend Lionel Hampton and stayed for the next three-and-a-half years. After a year freelancing in New York and teaching in the Public School system, he did a European tour with another jazz legend, Illinois Jacquet. Shortly after this tour, he was hired to play trombone in the Count Basie Orchestra, under the direction of Frank Foster. He would stay in this band for the next eight years, leaving in 1995 to pursue other opportunities. The years with those stellar bands put him onstage with some of the greatest names in jazz, including Sarah Vaughn, Dizzy Gillespie, Billy Eckstine, Nancy Wilson, Cab Calloway, Jay McShann, Sonny Stitt, Benny Carter, Al Grey, Frank Sinatra, Joe Williams, Tony Bennett, and many others.

During his hectic Basie years, Mr. Trowers recorded two albums under his own name for Concord Records: "Synopsis"(1983) and "Point of View" (1985). "Point of View" was a trombonist's day out, featuring Slide Hampton, Al Grey, and Fred Wesley as guest artists. Critics described his sound as "vibrant and pointed," "smooth, warm, and inviting" and "one of the best."

After the Basie years, Mr. Trowers toured with the Lincoln Center Jazz Orchestra under the direction of Wynton Marsalis and later with the Carnegie Hall Jazz Band under Jon Faddis. Notable freelancing activities include a short tour with T. S. Monk playing the music of his father, Thelonius Monk. Mr. Trowers also played at the Saratoga Jazz Festival with his own group and did a European tour with a traveling theatre production of the Broadway show "Black and Blue."

In addition, Mr. Trowers (along with Basie band colleagues Derrick Gardner and Frank Foster) started a nonprofit arts organization named "Progressive Artistry." This organization was formed to promote the art of jazz in all its various forms: instrumental, vocal, dance, and visual impression. Progressive Artistry received numerous grants from the Brooklyn Arts Council and presented many jazz concerts and lectures/demonstrations in inner-city neighborhoods up until 2004. In this period after the Basie years, he was also a member of the Vanguard Jazz Orchestra (originally known as the Thad Jones/Mel Lewis Orchestra), playing their traditional Monday nights at the Village Vanguard and doing a short tour to France and Tunisia with them.

Most recently, Robert has been on the faculty of North Carolina Central University, which boasts an award-winning jazz faculty and a jazz band that has consistently had a high percentage of its members in the HBCU all-star band. According to Robert, "I couldn't ask for a more comfortable fit. I have a large percentage of motivated students who love this music and are pretty strong musically. If I can be to them what the Brooklyn cats like Harold Cumberbatch, Ray and Lee Abrams, Coleman Hoppin, Cal Lynch, Cecil Payne and so many others have been to me, I'll feel useful."

Mr. Trowers is interested in using the large jazz ensemble as an intergenerational teaching tool for the transference of the jazz performance tradition, the education of the general public, and the enhancement of cultural life in the community.

In 2011, Mr. Trowers won an NCCU research grant. From this grant, he produced a case study titled "The Big Band Jazz Education Project: A Case Study." This case study is available in the NCCU Music Library.