The North Carolina Central University (NCCU) Rock the Lyceum lecture series welcomes Starz “Power Book II: Ghost” star Michael Rainey Jr., on Thursday, Oct. 20, at 7 p.m. The event, which is free and open to the public, will take place in the event hall of the NCCU Student Center at 500 Nelson St. Doors open at 6:30 p.m.

Rainey stars as Tariq St. Patrick on “Power Book II: Ghost,” a role that originated on the Starz network hit drama series, “Power.”  At the age of 22, the Lexington, Ky., native has been a successful actor since the age of nine, starring in the Italian film “Un Altro Mundo,” a role for which he mastered a new language and culture, and lived abroad for a year. Directed by Silvio Muccino, Michael spoke fluent Italian for the film and earned the immediate praise and attention of the industry’s elite. Upon returning to the U.S., Rainey’s career took off with his first American film appearance in “Luv” alongside all-star cast members Common, Danny Glover, Charles Dutton and Meagan Good. He went on to a prominent role in the NAACP Image Award-winning film - “The Butler” - with Oprah Winfrey and Forest Whitaker, directed by Lee Daniels. Rainey has also starred in the Netflix series “Orange Is the New Black,” Warner Brothers Pictures’ “Barbershop 3: The Next Cut” and TV One’s “Second Chance Christmas.”

Additionally, Rainey is the co-creator and host of the podcast series, “The Crew Has It” with his “Power Book II: Ghost” co-star, Gianni Paolo.

In his spare time, Rainey enjoys making music, playing video games and living the life of a trendsetter for his generation. He’s working on a memoir, chronicling his rise to stardom and how he has captured the hearts of fans worldwide. He gives back to his community through various philanthropic efforts, partnering with nonprofits across the country that targets the homeless and impoverished communities.

The Rock the Lyceum lecture series is hosted by NCCU’s Office of Student Engagement and Leadership and the Lyceum Committee. The series brings in several of the nation’s top entrepreneurs and thought leaders to engage students in relevant topics in education, entertainment, politics, and social justice. Past speakers include Keke Palmer, Angela Rye, T.I., Michael Vick, Roland Martin Phylicia Rashad and university alumnus J. Alphonse Nicholson.

For more information, contact the Office of Student Engagement and Leadership at 919-530-5436.

Michael Rainey Jr. is available for interviews on Thursday, Oct. 20, from 8:35 p.m. to 8:50 p.m. For scheduling, complete the media access request form HERE.

For additional questions and information, contact Ariel Germain, director of communications and marketing for the NCCU Division of Student Affairs, at ariel.germain@nccu.edu. 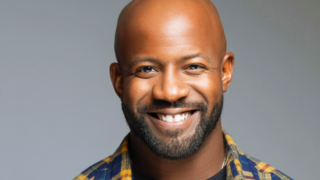 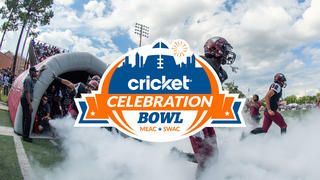 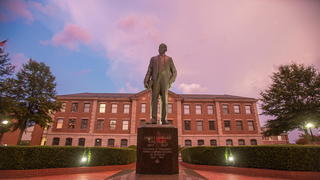