A $364,500 grant from the United States Department of Agriculture will allow researchers at North Carolina Central University to delve deeply into the availability and condition of food resources across the state.

Associate Professors Timothy Mulrooney, Ph.D., and Christopher McGinn, Ph.D., who study issues such as food insecurity and mapping of the food environment, are leading the effort to identify areas of the state in relation to food scarcity, production and distribution.

“In our last grant on food deserts, we went down rabbit holes to make sure that the original data we gathered was attributed correctly,” Mulrooney said. “For example, if we found a convenience store, we wanted to make sure it wasn’t miscategorized as a full-service grocery store.”

Such painstaking field work helps build a solid set of data that can be used to analyze issues of concern, such as food insufficiency, barriers to healthy food access or environmental problems.

The recent grant will fund two graduate-student staff members to create an information management framework to be used, according to the grant’s title, to: Comprehensively Evaluate, Distribute and Catalog Geospatial Data Sources Used in the Study of the Food Environment.

“We want to facilitate data-driven decision making, and part and parcel of that is providing access to high-quality data to make those decisions,” Mulrooney said.

Ultimately, the EEGS Department will offer  a class in mapping food sustainability as part of the geospatial information system curriculum.

“In this type of class, students work with data to explore issues using GIS data and statistical measures,” Mulrooney said. “We’re trying to give students the skills that will make them workforce ready.”

Data analysts often work for government or private agencies, allowing a policymakers to get a clearer picture of land use issues, such as the existence of food deserts or where environmental hazards have begun to proliferate.

Graduates of NCCU’s GIS program are employed in positions throughout the state and country, including the North Carolina Department of Transportation, the City of Durham and Lowe’s hardware chain. 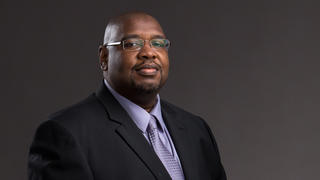 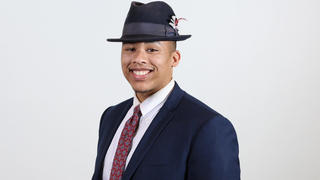 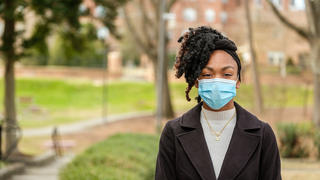