North Carolina Central University will operate under Condition 1 (Reduced Operations) of the Adverse Weather and Emergency Event Policy tonight, Jan. 20, beginning at 10 p.m. through Saturday, Jan. 22, 10 a.m. All classes on Friday, Jan. 21, will be held virtually.

The NCCU School of Law Class Council Candidates for the 2020-2021 academic year 1L and 1LE issue the following statement after the passing of Supreme Court Justice Ruth Bader Ginsburg.

Today we mourn the loss of United States Supreme Court Justice Ruth Bader Ginsburg, a deliberate and dedicated officer of the court. As one of the more senior members of the Supreme Court, Justice Ginsburg handed down countless decisions and opinions that helped shape the very fabric of our nation today. Appointed by President Bill Clinton in 1993, every day over her 27-year career as an Associate Justice for the United States Supreme Court she voted on cases with conviction and equality.

Unwavering in her beliefs and application of the law, Supreme Court Justice Ruth Bader Ginsburg’s legal legacy should be revered by all. Justice Ginsburg dedicated her life to the cause of justice, fashioning the legal bedrock for the modern prohibitions against sex discrimination which began with her founding of the Women’s Rights Project in 1974. But her legal legacy goes beyond her fight for women’s rights. In 1999 the Associate Justice ruled in a 6-3 vote that individuals with disabilities have the right to live in community-based housing (Olmstead v. L.C.). In 2015 in a 5-4 vote she ruled it constitutional for States to create commissions that could draw political maps thus taking away that political and partisan power from state legislators (Arizona State Legislature v. Arizona Independent Redistricting Commission).

The Associate Justice was not afraid to vote on the dissenting side. She once said, "Dissents speak to a future age. It's not simply to say, 'My colleagues are wrong, and I would do it this way.' But the greatest dissents do become court opinions and gradually over time, their views become the dominant view. So that's the dissenter's hope: that they are writing not for today, but for tomorrow." And dissent she did in the infamous Ledbetter v. Goodyear Tire & Rubber Co. case in 2007 when she wrote the dissenting opinion that distinguished the court should “treat each payment of a wage or salary infected by sex-based discrimination” as an unlawful employment practice thus requiring the 180 day clock reset with each payment. A two years after the Associate Justice’s dissent the Lilly Ledbetter Fair Pay Act was signed into law in 2009. In 2013, during Shelby V. Holder the Associate Justice strongly dissented against the majority opinion that struck down section 4(b) of the 1965 Voting Rights Act which now frees States from obtaining federal approval on voting changes.

To Justice Ginsburg, as students beginning our journeys into the legal profession, we read your judicial opinions, we analyze your application of the law, we sit and fervently absorb the legal legacy you have left for us to learn from and for all of this and more, we say thank you. To the family, friends, and colleagues of Justice Ginsburg family the 2023 and 2024 North Carolina Central School of Law class sends our deepest condolences. The United States Supreme Court Justice Ruth Bader Ginsberg truly was, notorious. We can only hope that knowing her legacy lives on brings you comfort during your mourning. 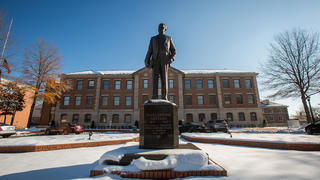 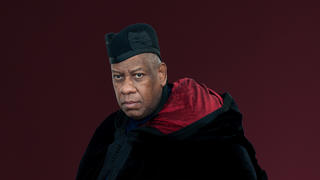 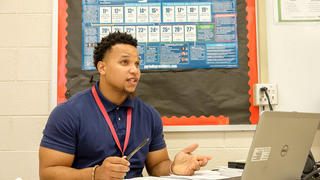