It’s well known that a myriad of factors affect overall human health and longevity, including genetics and physical, environmental, social and psychological factors -- as well as both positive and negative life experiences.

To learn more about how these factors affect humans, Julie Horvath, Ph.D., research associate professor in North Carolina Central University’s (NCCU) Department of Biological and Biomedical Sciences, and a national group of scientists are studying rhesus macaque monkeys, the evolutionary cousin to humans. These monkeys live on Cayo Santiago, also known as Monkey Island, which is just off the eastern coast of Puerto Rico.

Horvath is part of a larger collaborative of researchers, from institutions as nearby as Duke University and as far away as the University of Exeter in the United Kingdom, who aim to measure how extreme weather may affect human health and the aging process by studying the monkeys. They recently published their findings in Proceedings of the National Academy of Sciences, which suggest that extreme negative life experiences such as surviving a hurricane can alter the pace of aging and lead to the early onset of some age-related diseases.

As part of this extensive work, the Monkey Health Explorer Project guides data analysis to further assess how genes influence social behavior using the monkeys as their model. The project brings scientists and volunteers together to collect and examine social, genetic and other data from the primates to help investigators better understand human social behavior, including that of individuals with autism spectrum disorder (ASD). Its findings may also help shed light on similar processes in humans.

For the project, scientists collected social data, as well as blood samples for smears that are being characterized to help understand monkey health in the macaques’ population. To help analyze the many different types of cells in the whole blood samples they collected, researchers invited volunteers to help identify the cells – and assess and record the data -- in the blood from each animal. These data are compared between animals to help determine the number and kinds of cells in the average monkey in the population, and to then understand which ones are healthy and which may be sick. This blood count information is also compared with the behavioral measures on the same monkeys to see how animal health contributes to differences in their behavior.

Horvath, also head of the Genomics and Microbiology Research Lab at the North Carolina Museum of Natural Science, said the project has taken on a life of its own and revealed much more than anticipated. She is a driving force behind this effort.

“The Monkey Health Explorer Project is a truly citizen-scientist effort that brings volunteers into the scientific arena from so many perspectives and levels of expertise,” she said. “We have more than 10,000 volunteers connected to the project, many of whom are highly trained in various aspects of our work, and they’ve identified things we never thought of at the outset of our project. It’s been a tremendous asset to our team’s research, but more important, it has inspired many to pursue their own aspirations.”

Horvath considers the educational aspect of the project even more rewarding than the scientific discovery.

“It’s incredible to see that so many of our volunteers include undergraduate and graduate students as well as veterinary students, clinical technicians and some educators,” she said. “We hope to also reach middle and high school teachers so they can include this and projects like it in curriculum development and pedagogy earlier in primary and secondary education. The sooner students are exposed to STEM and research, the better their chances of pursuing their interests in those fields going forward. If the Monkey Health Explorer Project can make an impact there, it will be a significant outcome indeed.” 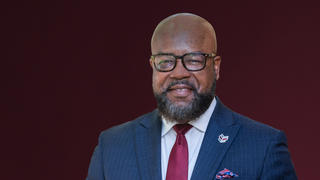 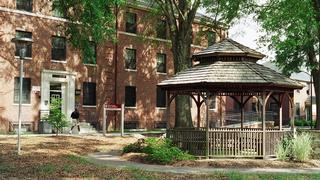 The North Carolina Central University administration invites members of the university community to express their opinion on the matter of renaming the Angus M. McLean Residence Hall. 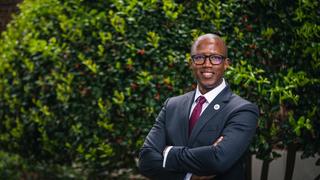 North Carolina Central University has appointed Stephen W. Fusi as chief brand officer after a competitive, national search. He began his new role at NCCU on May 9, 2022.