Beginning at Cecil Street, the parade route will run from Fayetteville Street to the entrance of the O’Kelly-Riddick Stadium from Lawson Street. Participants will include NCCU Head Football Coach Trei Oliver '98 and members of the university football program; the Sound Machine; NCCU cheerleaders and Eddie the Eagle mascot; NCCU student leaders; Chancellor Johnson O. Akinleye; and City of Durham Mayor Elaine O’Neal ’84, L‘91.

The pep rally will follow in the stadium with a recognition ceremony of the team and coaching staff by Mayor O’Neal and Chancellor Akinleye.

Attendees will have an opportunity to meet and receive signed posters from the championship-winning team and view and take photos with the Cricket Celebration Bowl and Mid-Eastern Athletic Conference (MEAC) Championship trophies.

Following the pep rally, the NCCU Football Team will also be recognized during the men's basketball game at 4 p.m. against Delaware State University.

On Dec. 17, 2022, NCCU Football defeated Jackson State University, 41-34, in the Cricket Celebration Bowl overtime thriller at Atlanta’s Mercedes-Benz Stadium. The university’s 2022 HBCU national title will join the company of those won in 1954, 2005 and 2006. 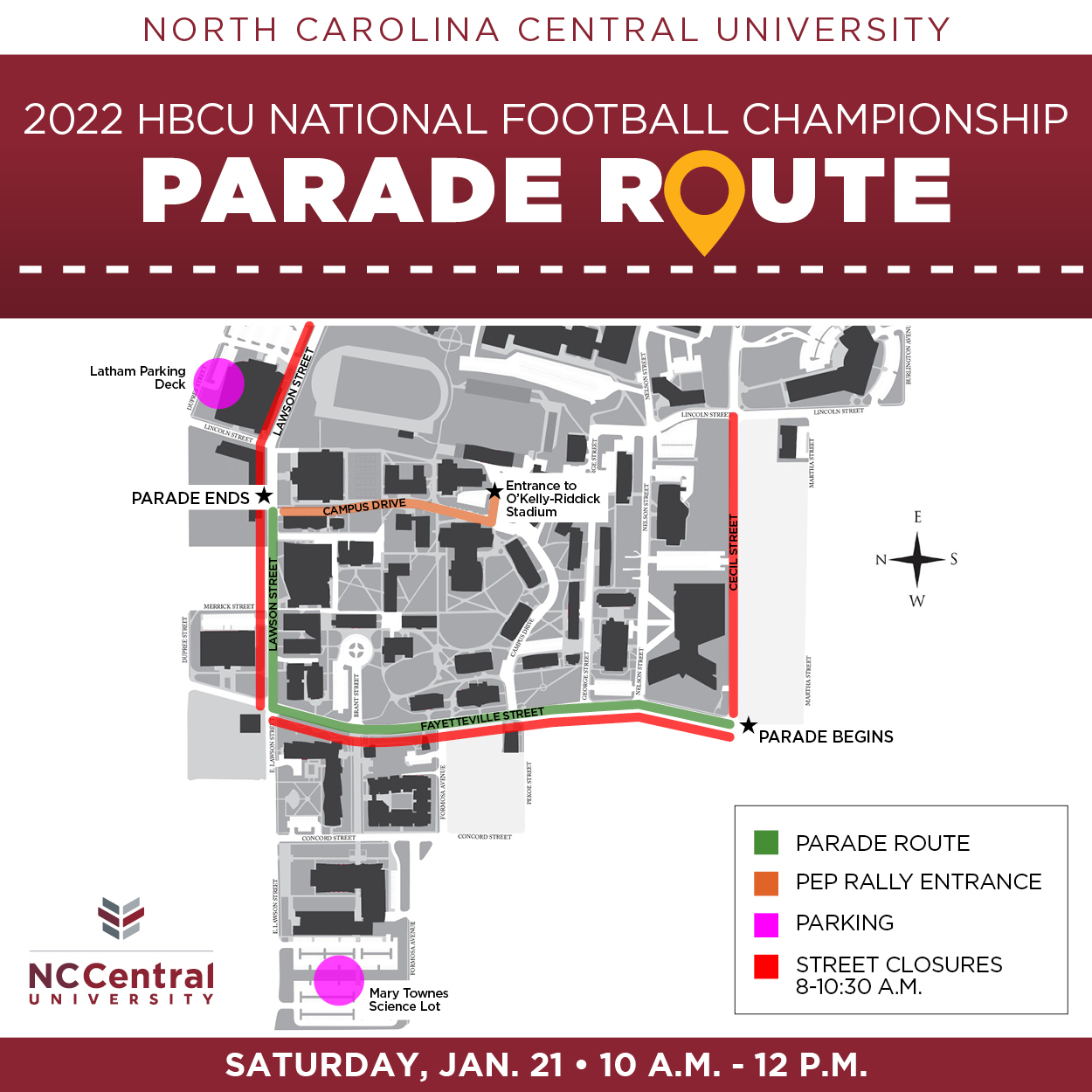 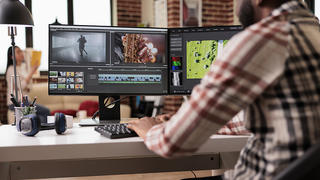 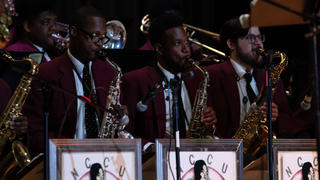