North Carolina Central University (NCCU) alumnus Ibrahim Cissé, Ph.D., ’04 was named one of 25 MacArthur Foundation ‘Genius’ Fellows in the Class of 2021. The MacArthur Fellows Program honors talented individuals who, “have shown extraordinary originality and dedication in their creative pursuits and a marked capacity for self-direction.”

A noted biological physicist who studies the subcellular processes underlying genetic regulation and misfunction, Cissé leads the Department of Biological Physics at the Max Planck Institute of Immunobiology and Epigenetics in Freiburg, Germany, an appointment that was announced on Sept. 20, 2021. Previously, he served as a professor of physics at the California Institute of Technology and worked as assistant professor of physics and biology at the Massachusetts Institute of Technology. The Niger native began his career as a postdoctoral fellow at École Normale Supérieure de Paris from 2010 to 2012.

“Dr. Ibrahim Cissé is a revered NCCU alumnus whose research impact is celebrated globally,” said NCCU Chancellor Johnson O. Akinleye, Ph.D. “The honor of being a MacArthur Foundation ‘Genius’ Fellow speaks to Dr. Cissé’s commitment to excellence in research and education and also showcases the academic acumen of NCCU graduates.”

Cissé is the third NCCU graduate to be awarded a MacArthur Genius Fellowship within the past three years. He follows social justice activist The Rev. Dr. William J. Barber II, ’85, Class of 2018, and sociologist and writer Dr. Tressie McMillan Cottom ’09, Class of 2020.

During an interview in 2014 with NCCU, Cissé stated, “NCCU has instilled in me the joy of learning for learning’s sake. As an Eagle, it is not where I start that matters, but where I’m determined to push myself to go that determines where I end up,” said Cissé.

“I simply, absolutely, love what I do,” he added. “The inspiration is within, driven by the fortune of finding out early what I love and being able to do just that.”

Cissé was also honored for his efforts in research with the 2020 Vilcek Prize for Creative Promise in Biomedical Science and by the National Institutes of Health (NIH) with its 2014 NIH Director’s New Innovator Award. He was also a Biomedical Scholar for the PEW Charitable Trust in 2017 and named the 2018 Science News (SN10) Scientist to Watch, among other awards.

He was the keynote speaker at NCCU’s 124th Commencement in December 2014; Cissé’s speech can be viewed here: https://youtu.be/eWCYJDQiVq4. 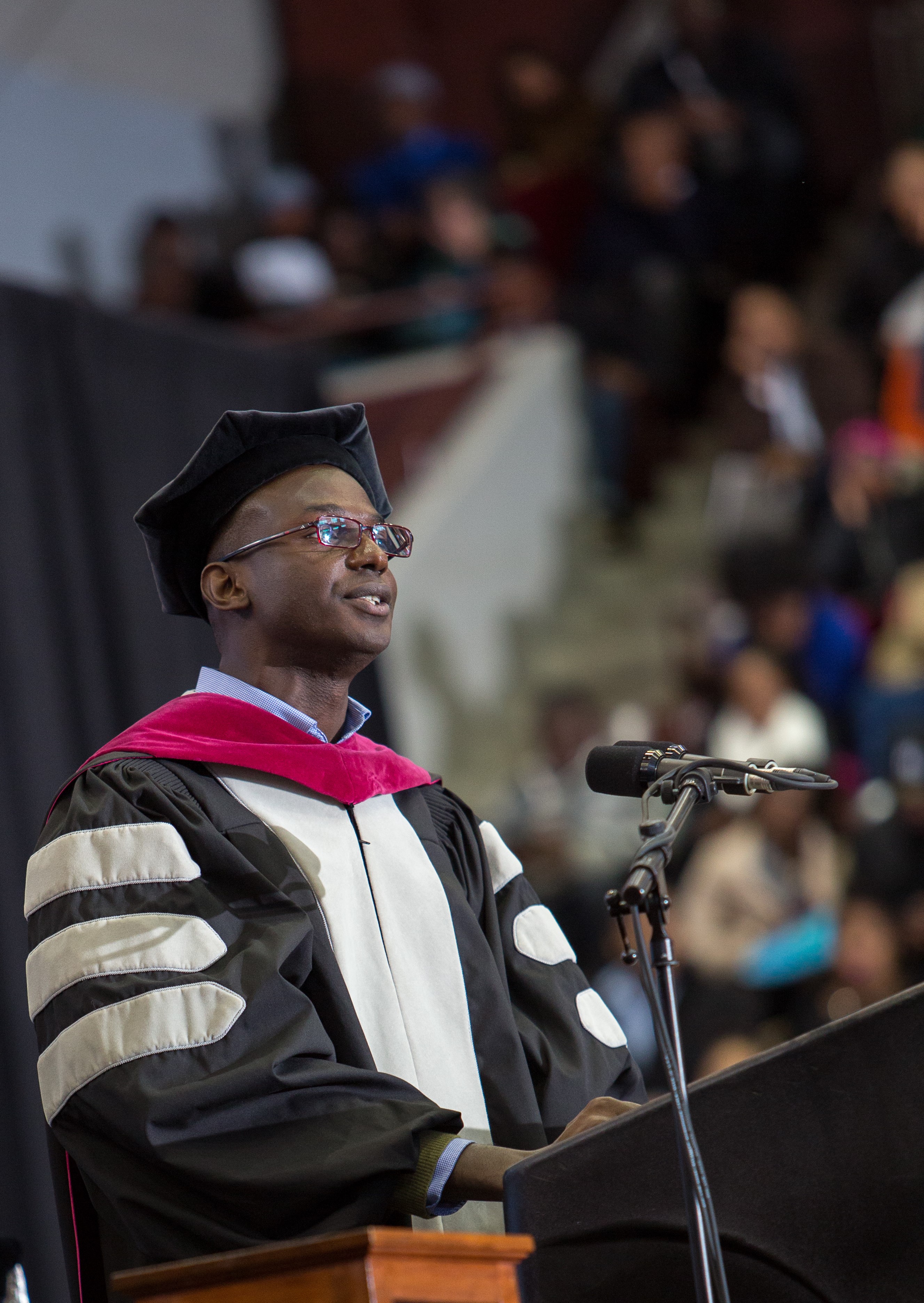 NCCU will pay homage to influential Black activists and historians with free lectures and a film screening during Black History Month.