Walking the sloping hills and the verdant green of North Carolina Central University in the mid-1990’s, Timothy Johnson a biology/pre-medicine student thought that he would continue his educational journey to medical school and become an obstetrician. On a quest to serve others, the 1998 graduate took the university’s motto, “Truth and Service” to heart.

“NCCU was where I first had the idea of service instilled in me and I wanted to continue to fulfill that call,” said Johnson.

After graduating, he began an 11-year career in New York City’s Department of Employment and decided to continue gaining knowledge and experience in the nonprofit sector. He furthered his education at Milano School of International Affairs, Management, and Urban Policy, where he received his Master of Science Degree in Nonprofit Management.

His service in New York City earned him the Harlem YMCA’s National Black Achiever in Industry Award and the Community Vision Award from Streetwise Partners. Both awards highlighted his diligent service professionally and to his community.

After leaving the United Way of New York City, he served as chief strategy and impact officer at the United Way of National Capital, which aids the Greater District of Columbia, Suburban Maryland, Montgomery County, Prince George’s County and Northern Virginia.

He was recently appointed as president and CEO of the United Way of the Bluegrass in Lexington, Ky., where he will lead the organization in identifying new resources, partnerships and opportunities that promote the basic needs, education and financial stability of Central Kentucky residents.

“Working with the United Way has allowed me to help organizations and communities build capacity and alleviate poverty, while empowering residents to thrive and live their best life,” shared Johnson. “Leading the United Way of the Bluegrass is a dream come true and I look forward to building and nurturing the partnerships throughout the community that will allow us to be the region’s philanthropic partner of choice.”

In addition to his new appointment, Johnson was selected as one of the Washington Business Journal’s Minority Business Leaders of 2019. The award recognizes top minority professionals making an impact in their respective industries.

When Johnson is not working, he enjoys weekends as a licensed scuba diver and focuses his attention on underwater nature and dive therapy. He has taken more than 50 dives around the Caribbean and Latin America.

He is also a registered emergency medical technician and owns a New York based-photography business. He is a life member of Phi Beta Sigma Fraternity, Inc., a Shriner and a Prince Hall Freemason.

Holding true to the service characteristics that he learned as an undergraduate, Johnson gives back by volunteering with the local NCCU Alumni Association Chapter and urges others to give back also.

“It’s important to give back financially, but also through service. As alumni, it is our responsibility to give to our university and help those who will come after us,” Johnson concluded.

In 2016, Johnson was recognized as one of the Forty Under Forty Alumni honorees. 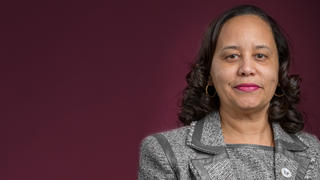 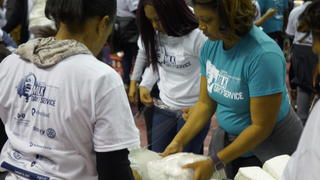 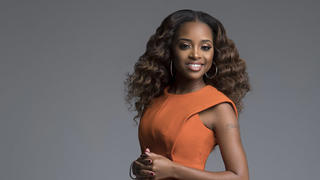