A decades-long struggle against white supremacists in one Eastern North Carolina county is the subject of an award-winning article written by North Carolina Central University Professor Jerry Gershenhorn and Eagle alumna Anna Jones.

“The Long Black Freedom Struggle in Northampton County, 1930s to 1970s,” published by the North Carolina Historical Review, won the Historical Society of North Carolina’s Robert D.W. Connor Award for the “best article based on original research in the field of North Carolina history” in 2020. The award was announced in spring 2021.

The article expands on a film by Anna Jones, “Chairman Jones - An Improbable Leader,” a 2015 documentary that examines her father’s role in 1969 school desegregation efforts. It won the Best Historical Documentary at the 2016 North Carolina Museum of History’s Longleaf Festival.

The documentary’s subject, James Henry Jones, was a self-taught Black sharecropper who rose to lead the community’s fight against Jim Crow oppression to bring about a more equitable educational system in Northampton County, despite resistance from the county’s entrenched white power structure. He went on to become chairman of the Northampton County Board of Education.

That he lived in Eastern North Carolina, where the KKK was still active into the 1960s, makes his accomplishments all the more impressive.

“The risks were greater than in the Piedmont because Blacks in Eastern North Carolina faced a more oppressive and violent version of white supremacy,” said Gershenhorn, the Julius L. Chambers Professor of History and director of graduate studies for the Department of History at NCCU. “So, it is very important that we shine a bright light on the courageous Black activists in places like Northampton County, so that Carolinians have a more accurate understanding of the Black freedom struggle in North Carolina.”

Jones holds bachelor’s and master’s degrees in business from NCCU and has also studied at Cornell University and Duke University.

The announcement of the award appears in the April 2021 issue of the North Carolina Historical Review (NCHR). 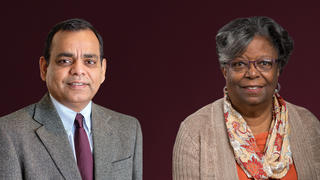 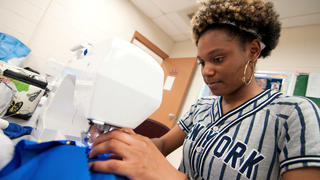