By the time political science major Joshualan Parrish arrived on the campus of North Carolina Central University in fall 2018, as part of the class of 2023, she had 50 academic credits under her belt and an invitation to join the coveted Cheatham-White Scholarship program, which would set her on a trajectory to earning her undergraduate degree within two short years.

“Attending Eagle Scholars Day was the defining moment for me in selecting NCCU for my undergraduate career. Everyone was so welcoming.” said Parrish. “I was looking for a family-oriented university that would be invested in my success. I found that at NCCU.”

As part of the inaugural class of Cheatham-White Scholars, a fully-funded merit-based scholarship program created in 2017 by the N.C. General Assembly for first-time freshman at N.C. A&T State University and NCCU, Parrish continued to receive the family atmosphere that she yearned for as well as once-in-a-lifetime opportunities.

“Being a part of the Cheatham-White Scholar family has been a dream come true,” Parrish added. “The program as well as my stellar professors have helped me develop the leadership skills and confidence needed to succeed in any atmosphere. I was always encouraged to dream big and my needs and wants were always supported.”

Her fondest memories of being a Cheatham-White Scholar include traveling abroad to Budapest, Hungary, and attending conferences, including the Thurgood Marshall Leadership and Law School Admissions Council conferences.

An active participant in campus life, Parrish was a member of multiple student organizations, including the Student Judicial Board, Queen and You, NCCU NAACP Chapter, Spanish Club, University Honors Program, Pi Sigma Alpha Honor Society and Democracy Matters, where she served as president. She also served as a tutor for University College.

A Greensboro, N.C., native, Parrish, 20, attended the STEM Early College High School on the campus of N.C. A&T State University, where she attributed a political science class in helping her focus more on her lifetime goal of becoming a lawyer.

“I’ve always wanted to become a lawyer and my high school political science class taught me how to analyze and apply key learnings from real-world issues to daily life, a skill I believe a successful lawyer would need,” Parrish said.

And, within two years of being on the sloping hills and verdant green, Parrish’s go-getter attitude has resulted in admittance into six law schools – Elon University, Emory University, Georgia State University, NCCU, the University of North Carolina at Chapel Hill, and lastly, Wake Forest University, where she will enter as a first-year law student in the fall with plans to become a civil rights law or business law attorney.

Parrish also dreams of starting a foundation that ensures youth have the necessary resources to attend college and become successful in their career field of choice.

Her advice to incoming NCCU students? NCCU has a lot to offer if you take advantage of every opportunities provided. Seize the moment. 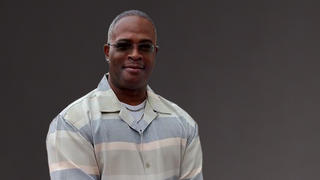 NCCU remembers Dwight Butler, a transportation driver in the Division of Student Affairs, who passed away on June 13, 2022.