Bracy has served in various leadership roles education for over 20 years including superintendent for Sampson County Schools in Sampson, N.C., and Northampton County Schools in Jackson, N.C. He also worked as a principal and central office administrator for Durham Public Schools.

He began his career in education as a fourth-grade teacher leading to positions as assistant principal and principal.

"North Carolina Central University continues to play a major role in my career trajectory, well beyond my days as an Eagle who was provided instruction from great instructors and professors in the School of Education, said Bracy. “I was well-prepared to soar thanks to their competence, commitment and motivation to see me excel.”

Bracy was recently honored with North Carolina Association of Curriculum and Development’s 2020 Distinguished Educator of the Year Award. The award recognizes his significant contributions in several areas including curriculum and instruction, increased achievement, demonstrated efficiency and effectiveness.

NCCU has shaped me as a person and as a professional, and I am grateful for my matriculation there, Bracy adds.

As an active community member, Bracy serves on the board of directors for State Employees Credit Union, Clinton-Sampson Chamber of Commerce, and U Care, an organization that helps victims of domestic violence.

He advises individuals seeking to follow in his footsteps to be persist and to remain humble but confident in their purpose and ability to be a positive influence. 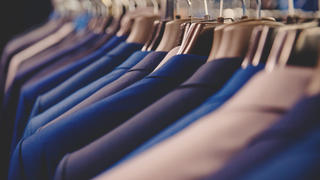