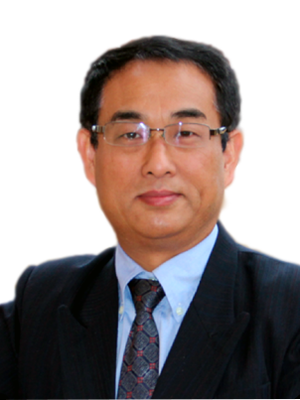 Dr. Yang received his medical training from Luoyang Medical College, followed by an M.S. in Pathophysiology from the Institute of Basic Medical Sciences in Beijing, China. He obtained his Ph.D. degree in Microbiology/Immunology from RFUMS/the Chicago Medical School and completed his postdoctoral training at Northwestern University. Prior to his current position at NCCU, he was an associate professor of pathology at the University of Oklahoma Health Sciences Center. Dr. Yang joined the JLC-BBRI at NCCU in 2011. He is also an associate member of the Lineberger Comprehensive Cancer Center at UNC-Chapel Hill. He also serves as an editorial board member of several scientific journals.

Dr. Yang is an American Cancer Society Research Scholar. He was also a recipient of the Career Development Award from the Department of Defense Breast Cancer Research Program and a three-time recipient of the AACR Minority-Serving Institute Faculty Scholar Award.

RCMI Center for Health Disparities Research
Mechanisms of Metformin-Induced c-MET Down-Regulation in Triple-Negative Breast…
Mechanisms of Alcohol Pathology: A Collaborative Partnership between NCCU and U…