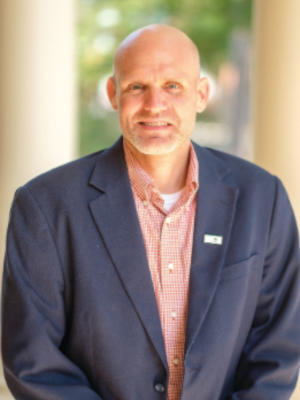 Tim Mulrooney is originally from Long Valley, New Jersey. He is a 1995 graduate of Columbia University in New York City, where he was a member of the wrestling team. After graduating from Columbia, he taught at the John Carroll School, a coeducational private high school in Bel Air, Maryland. While teaching at John Carroll, he earned his Master's degree in Computer Science at Loyola College in Baltimore. Those studies, combined with his teaching earth science, elicited an interest in the burgeoning discipline of  geographic information systems (GIS) and remote sensing. He entered the geography graduate program at the University of Idaho in 1999.

Much of his studies at the University of Idaho revolved around cartography, GIS and remote-sensing technology and the programming languages to help automate digital map creation. He also taught at Potlatch Jr–Sr High School while finishing up his thesis during the 2001–2002 school year. In addition to his teaching duties at Potlatch, he also served as an assistant wrestling coach and head track and field coach.

In September of 2002, he began work with the Army at Fort A.P. Hill. The goal of the Sustainable Range Program (SRP) office was to create mapping products and perform spatial analysis so the military could train in an environmentally, fiscally and socially responsible manner. In addition to his mapping duties, he gave a variety of GIS technical workshops and talks about the increasingly popular field of GIS, its applications and future use as it applies to the military. He moved to North Carolina to attend the University of North Carolina, Greensboro, in 2007.

At UNCG, his PhD dissertation focus was on using open-source programming and data-mining techniques to assess GIS metadata integrity for large spatial databases. In his work experience, he had seen an increasing schism between the rate at which data are created and the rate at which data are cataloged. Given that each metadata file contains more than 400 individual elements, efficiently extracting information from this metadata is an impossibility, and little research has been done in the science of metadata and automating metadata. His research explored methodology within the open-source environment in which data can be turned into information that inevitably supports the decision-making process. This work has led to work with the NCDOT to provide GIS metadata education to statewide stakeholders in hopes of applying the new state and local government GIS metadata standard that was passed by the NCGICC (North Carolina Geographic Information Coordinating Council) in late 2016.

Before his appointment at NCCU, he did GIS research at the Center for Community Safety at Winston-Salem State University. In this position, he used maps and spatial analysis to assess quality of life issues such as crime analysis, re-entry mapping, environmental justice and issues related to education.

He has a vested interest in all forms of GIS, including GIS metadata and data quality standards, GIS education and subject areas in which GIS can be implemented at the college and high school level. Whether we realize it or not, we all use GIS in some form or another on a daily basis. Every phenomena has a spatial component and the democratization of GIS software and data can aid in a variety of different disciplines and communities if used properly. He sees GIS as a powerful tool to reinforce STEM research or to bridge social science research with STEM disciplines and feels that GIS is an effective technical skill that can set job applicants apart from those who do not have these skills. He recently completed a third-year grant provided by the USDA to use GIS to measure facets of rural food security, or one's ability to have safe and reliable access to affordable and nutritious food. The term "food desert," which represents low-income areas far from fresh food, has been used to delineate food-insecure regions. However, contemporary research has shown the over-availability of poor food sources (fast-food and convenience stores) over healthy ones is more of a determinant of poor health outcomes than just the absence of healthy food.

As an educator, he works hard to facilitate data-driven decision making through the latest technology and the projects he presents in his classes. There are copious amounts of data on which we make decisions, and the ability to download, import, create, analyze, map and render data in all forms is absolutely essential in the workforce. He has had 22 students earn awards at conferences and workshops such as the NCCU Research Symposium, North Carolina Geographical Society Annual Meeting, the North Carolina GIS Conference and the National Society for Black Engineers Annual Conference. Professionally, he takes his biggest pride in former students who fostered these skills and have gone onto successful careers in the field at places such as the North Carolina Department of Transportation, City of Durham, Environmental Protection Agency, Lowe’s Corporation, National Forest Service, Army Corps of Engineers, real estate firms and private contractors or students who have gone onto Ph.D. programs at places such as North Carolina State University, North Carolina A&T State University and the University of North Carolina, Greensboro.

Outside of school, he enjoys traveling and sports. He competes in marathons and triathlons. He set his PR (personal record) at the 2017 Peak to Creek Marathon in Morganton, NC, and competed at the 2019 Boston Marathon.