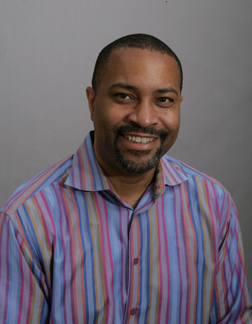 Thomas Taylor has been teaching at North Carolina Central University as a percussion professor since 1998. Having worked as one of the drum set instructors for the Jamey Aebersold Summer Jazz camps, Thomas has shared the stage with Ellis Marsalis, Kenny Garrett, Eric Alexander, Kevin Mahogany, Vanessa Rubin, David Baker, Bill Charlap, Cedar Walton, and many others in concerts and clinics.

Thomas has taught and performed at many festivals, including the NESU Jazz Festival in Talequah, Oklahoma; the University of Louisville Jazz Week; the UNC Jazz Festival; the IAJE conference in Toronto; the Ethno Jazz Festival in Moldova; SESC Sao Carlos in Brazil; and the Odessa International Jazz Carnival in Ukraine. He has also served as an ambassador of the state of North Carolina by performing at the U.S. Embassy in Chisinau, Moldova.

Thomas was the featured drum set teacher/artist at the 2016 Summer Jazz Workshops in Pretoria, South Africa. He has also been a performer and clinician in Japan, Brazil, China, Germany, Alaska, Hawaii, and all over the continental United States. Most recently, Thomas taught jazz and Japanese drumming in Natal, Brazil, and a "Rhythmic Dialogues" class in Batumi, Georgia, during the GLOMUS International Conference.

He continues to tour nationally and internationally and record with local and national artists. In 2004, Thomas founded the NCCU Percussion Ensemble. He continues to compose, arrange, and conduct music for the ensemble. Thomas has also earned the title of author by penning a hip-hop textbook  called "Yo' Check This."