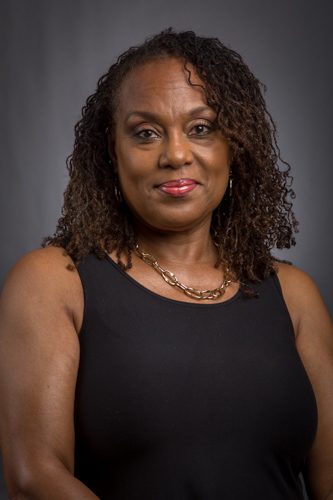 Soprano Roberta A. Laws hails from Brooklyn, New York, and earned both her bachelor's and master's degrees in vocal performance from the Boston Conservatory of Music. She has graced audiences worldwide on both the opera and concert stages, including San Francisco Opera, Seattle Opera, Dallas Opera, Portland Opera, Opera Carolina, Opera Grand Rapids, the Kennedy Center and the Den Norske Opera House in Oslo, where she portrayed the role of Bess in Porgy and Bess for the King and Queen of Norway as well as George Gershwin's "Bess,"  Dame Anne Brown. She has also given command performances of this role for President Nelson Mandela (Grahamstown Festival, South Africa) and the Prince of Wales. Her charismatic performances with the Houston Grand Opera earned her a nomination for the N.A.A.C.P. Award for Best Actress and an invitation to be an artist in residence with the Houston Grand Opera Education Program.

Internationally, she has sung in the houses of Mexico, Italy, Germany, Sweden, Switzerland, Spain, the Netherlands, Romania, South Africa and South America. In 1997, she was one of three Americans to receive an invitation to perform at the gala opening of Moscow's Novoya Opera House.

Discovering her love for choral music, Ms. Laws' choral conducting career began in 1985 with various church, community and ecumenical choirs in the New York City area. She has been coached and mentored in this discipline by such notable conductors as John Motley (All City Concert Choir, New York), Dr. Nathan Carter (Morgan State University) and Dr. Walter Turnbull (Boys Choir of Harlem). She was also a participant in the Carnegie Hall Robert Shaw Choral Workshop (1990).

Ms. Laws joined the voice faculty of North Carolina Central University in 2014 where she presently serves as a voice instructor and director of the University Choir. She is a member of Sigma Alpha Iota Music Fraternity, NANM (National Association of Negro Musicians, Carol Brice Branch), NOA (National Opera Association) and NATS (National Association of Teachers of Singing). In 2016, she was awarded the Excellence in Teaching Award by the North Carolina Central University Department of Music, College of Arts and Sciences. In 2018, Ms. Laws was granted the honor of being a guest conductor for the Concert Choir at the 58th Intercollegiate Music Association Conference.