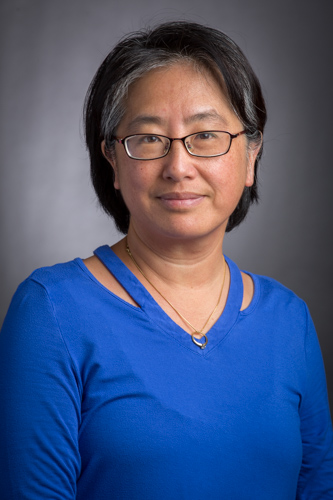 Mei-Chuan Chen Thai, known as Mei Thai, was born and raised in Taiwan. She started her music education when she was 6 years old with piano lessons. At age of 12, she auditioned into the Kuang-Ren middle school music program and majored in clarinet performance. During her high school years, she twice won first place at the national music competition, clarinet division. Without a college entrance examination, she got recommended to TungHai University.

At Tunghai, she was the principal clarinet in the orchestra for four years and graduated with first place in the woodwind division. The same year, she got selected as the "Rising Star" and performed at the National Concert Hall, the recital hall. After graduation, she got an offer as a teaching assistant for two years.

In 1991, she got accepted to Peabody Music Conservatory with a scholarship, studying under the guidance of Steven Barta and Loren Kitt. Later, she accepted (with a full ride) to pursue her doctoral study at the University of Maryland, College Park, where she served as principal clarinet in the UM symphonic orchestra, concert master of the UM symphonic band, and teaching assistant for the woodwind class.

In 1997, she performed Mozart's Clarinet Concerto, as the soloist, with the Asian American Symphonic Orchestra at the Kennedy Center. In 1999, Mei earned her DMA in Clarinet Performance and moved down to North Carolina to stay with her husband. Since 2003, she has been teaching at North Carolina Central University as the clarinet adjunct faculty. Mei Thai is also a licensed real estate agent. Currently, Mei resides in Cary, NC, with her husband and three children.