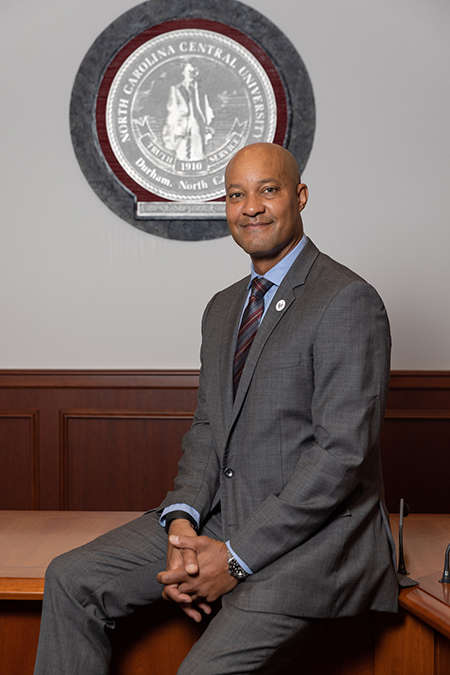 Dr. Perkins’ commitment to higher education spans more than 20 years. For the past 15 years, he has served in key higher education leadership positions from executive director of communications and senior development officer to associate vice president and athletic director at three National Collegiate Athletic Association (NCAA) Division I schools, including Howard University, Delaware State University and the University of Arkansas at Pine Bluff. He also served at Saint Augustine’s University and Coppin State University. During his tenures, he successfully integrated the athletic departments and universities into a more cohesive environment while maximizing public perception of the universities. Additionally, Dr. Perkins is an experienced development officer whose work has yielded highly successful fundraising initiatives, corporate and external partnerships and multiple strategic planning projects.

Dr. Perkins previously served as assistant vice president for development at Morgan State University, where he directed and lead the development team in planning and implementing long-and-short-term strategies to secure gifts from individuals, corporations and organizations. Under his leadership, he worked in conjunction with the president of the university and the Morgan State University Foundation Board to secure more than $67 million in fundraising contributions during the 2020–2021 academic year, which set a new university record.

A 1994 graduate of NCCU, Dr. Perkins holds a Bachelor of Arts degree in political science and master’s degrees in public administration and instructional media, also from NCCU. He earned his Doctor of Education from Delaware State University, with a focus on educational leadership. A student-athlete who played on NCCU’s tennis team, Dr. Perkins was an Academic All-American in 1994 and 1995. He was team captain for four years and ranks among NCCU’s leaders in career wins. He was also a recipient of NCCU’s inaugural Forty Under Forty Alumni Awards in 2012. Dr. Perkins is also a member of Kappa Alpha Psi Fraternity Inc., NCCU Alumni Association Inc. and the United States Professional Tennis Association.