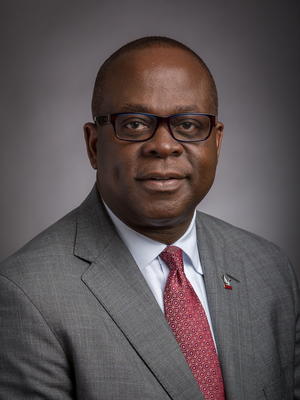 Under Dr. Akinleye’s leadership, NCCU’s enterprise has expanded significantly. Among his accomplishments, the university has increased its enrollment to over 8,200 students in undergraduate, graduate, and professional programs (in both on-campus and online programs) and recorded the largest number of graduates for a fall commencement exercise. Chancellor Akinleye has led the development of five new major capital projects, including a new Student Center, a new School of Business, and three new apartment-like residence halls.  Additionally, he was instrumental in securing approval for NC Central’s Millennial Campus Designation in October 2018, making the institution the first Historically Black College and University in the University of North Carolina System to gain the designation as a single institution. Under Chancellor Akinleye, the university has completed and executed a new 5-year strategic plan, as well as a new 10-year master plan.

During the 2017–2018 academic year, Dr. Akinleye’s institutional vision led NC Central to be one of two institutions in the University of North Carolina System to meet all the university’s performance metrics as part of the System’s Higher Expectations Strategic Plan. With a focus on increasing the institution’s sponsored research and grants, Dr. Akinleye invested in NCCU’s research institutes, which generated $34.7 million in grants and other funding for sponsored research during the 2019-2020 academic year.

In 2017, Dr. Akinleye launched “The Eagle Promise,” which consists of four priorities that ensure NCCU students matriculate and ultimately graduate from the institution:

Prior to his appointment as Chancellor, Dr. Akinleye was named Interim Chancellor in January of 2017 after serving in the role of Acting Chancellor from August 2016 to December 2016.

Dr. Akinleye joined the University of North Carolina System after nearly two-and-a-half decades of senior administrative service in public, private, and church-affiliated institutions. Dr. Akinleye arrived at NC Central in February 2014 to serve as Provost and Vice Chancellor for Academic Affairs. In that role, he established the Office of Faculty Professional Development, the Office of e-Learning, and a state-of-the-art Fab Lab. He also successfully increased full-time student enrollment and expanded the university’s academic degree offerings. As Provost, he led the development of NCCU’s 2016–2021 Academic Strategic Plan, which was aimed at raising the university’s national and international academic profile.

Prior to his tenure at NC Central, Dr. Akinleye served as Associate Vice Chancellor for Academic Programs at the University of North Carolina Wilmington (UNCW). While at UNCW, he expanded distance education and online programs and initiated a public-private partnership with Academic Partnerships Inc., making UNCW the first public university in the University North Carolina System to launch such an innovative program.

Dr. Akinleye has attended several trainings and conferences focused on federal and legislative regulations and accreditation, including the Southern Association of Colleges and Schools’ (SACS) Committee Chairs Breakfast Roundtable. He also has served as chairman of On-Site Reaffirmation Committees for SACS. Additionally, he has participated in White House Initiatives on Historically Black Colleges and Universities and was chair of a committee to create academic early-warning systems and mentoring programs for struggling college students.

Dr. Akinleye holds a bachelor’s degree in telecommunications and a master’s degree in media technology from Alabama A&M University, as well as a doctorate in human communications studies from Howard University. He has attended numerous leadership training programs, such as the Fellow in the Millennium Leadership Initiative (MLI) Institute sponsored by the American Association of State Colleges and Universities; Harvard Graduate School of Education for Leadership, Management, and Administration of Higher Education; and the Rust Administrative Academy for Faculty Administration and Management of Higher Education.

Outside of his academic career, Dr. Akinleye is well known as a motivational speaker, consultant, writer, editor, and documentarian who has produced works for independent and government agencies, including the National Aeronautics and Space Administration (NASA). He is also active in civic, cultural, and church-related organizations and business advisory groups. He serves on the boards of Made in Durham, RTP Foundation, The 50 Group, and the Watauga Club.

Dr. Akinleye has received numerous recognitions and awards for teaching and service. He is married to Juanita Akinleye, a registered nurse, and they have two adult children, Nikki and Peter.