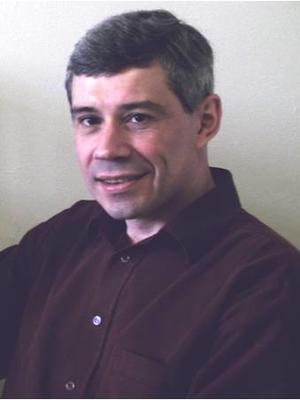 Igor V. Bondarev earned his MS (1989, Physics, with honors) and PhD (1994, Theoretical Physics) degrees from the Belarusian State University in Minsk, Belarus. Dr. Bondarev earned his DSc degree (2001, Theoretical Solid State Physics) from the National Academy of Sciences of the Republic of Belarus in Minsk (the Doctor of Science in Physics and Mathematics is the Habilitation Degree awarded to less than one percent of active former Soviet Union scientists having PhDs).

In 1989–2005, Dr. Bondarev worked in the Theoretical Physics Laboratory of the Institute for Nuclear Problems at the Belarusian State University (last occupied position: principal research associate/group leader). At the same time, as a visiting professor, he performed his research in Germany, France, Belgium, Italy, Poland, and Japan, supported by DAAD (Germany), OSTC (Belgium), JSPS (Japan), and other highly competitive visiting professorship fellowships.

Dr. Bondarev has authored and co-authored over 200 research articles, including one US patent and five book chapters in collective monographs published by Nova Science, Taylor & Francis, CRC Press and American Scientific, USA. His theories of the effective quadrupole interactions and optic phonon scattering of the positronium atom in dielectric crystals are confirmed by the Japanese experimentalists of the University of Tokyo (PRB67, 073104; PRB72, 012303).

He has presented his research at over 30 invited seminars and at over 150 international symposia and conferences in research institutions in Europe, China, Japan, Australia, Mexico, the US, and Canada. Dr. Bondarev is the recipient of the Presidential Young Investigator Award (Minsk, Belarus, 1999–2001), the NCCU Office of Sponsored Research Award for Technology Innovations (2012), the NCCU College of Science & Technology Outstanding Faculty Research Award (2012, 2007), the NCCU Faculty Senate Award for Scholarly Achievements (2007), and research grant awards from the US National Science Foundation, the US Department of Energy, and the US Army Research Office.