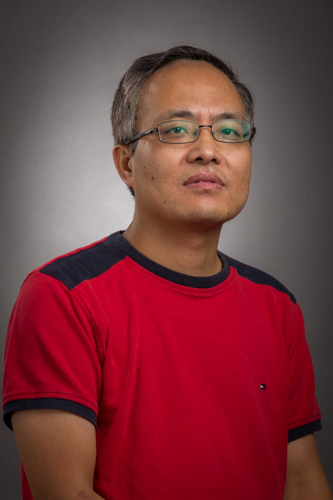 Fei Yan received his Ph.D. degree in Analytical Chemistry from State University of New York at Binghamton in 2001. He then did postdoctoral stints at the University of Michigan (2001–2003) and Oak Ridge National Laboratory (2003–2005). Subsequently, he worked as an analytical chemist at ATMI, Inc. (2005–2006), and took a senior research scientist position in the Department of Biomedical Engineering at Duke University (2006–2010).

Dr. Yan joined the Department of Chemistry at North Carolina Central University as an assistant professor in 2010. He was promoted to associate professor with tenure in 2017 and to full professor in 2021. Since 2010, he has been a principal investigator (PI) or co-PI on several projects funded by the National Science Foundation, the Department of Defense, the Department of Education, RTI International, and the North Carolina Space Program. His research interests include developing low-dimensional nanomaterials and their assemblies for chemical and biological sensing, environmental remediation, energy storage and conversion.