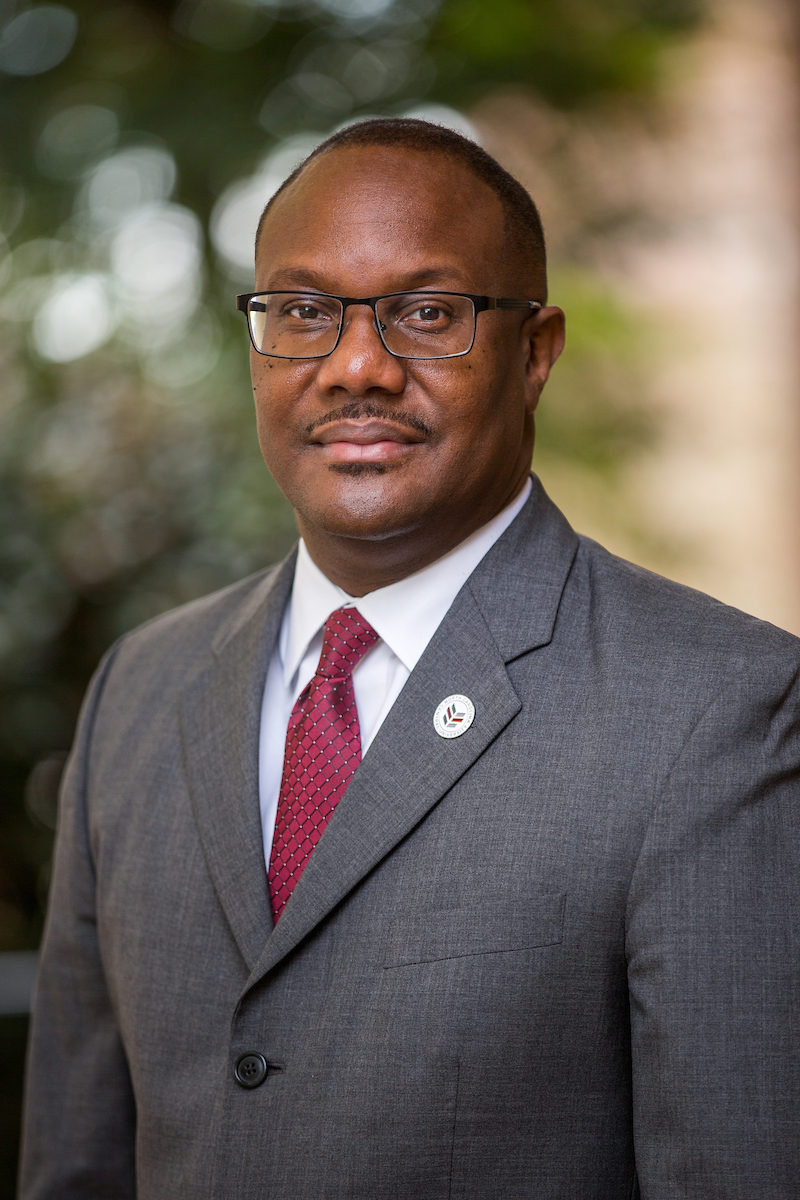 Previously, Dr. Jackson served as associate provost for Graduate Education and dean of the School of Graduate Studies, Research, and Continuing Education at Florida Agricultural & Mechanical University (FAMU) in Tallahassee, Fla., a position he held from 2015 until his appointment at NCCU in 2021. While serving in the role, he grew enrollment and increased graduation rates, improved the admissions process, and worked to expand graduate and professional student funding.

He began his academic career at FAMU in 1997 with his appointment as assistant professor of history. Shortly after, he was promoted to associate professor and full professor and was later elected chairman of the Department of History, Political Science, Public Administration, Geography and African American Studies at FAMU. Throughout his time at FAMU, Dr. Jackson has earned many awards and distinctions, including Rattler Pride Award for Community Leadership, Advanced Teacher of the Year Award, Teacher of the Year twice, and the FAMU Research Excellence Award. In 2012, he was named one of the “Outstanding Alumni of the Quasquicentennial” and is part of the Gallery of Distinction in the College of Arts and Sciences at the university.  Additionally, in 2014, Dr. Jackson received the Equity Award from the American Historical Association, the largest historical association in the country.

Dr. Jackson has published over four dozen scholarly articles, book chapters, short essays, and book reviews, and has presented over 100 scholarly papers and speeches at professional conferences, universities, public schools and other venues throughout the United States. He is recognized as one of FAMU’s most published professors and is author or editor of six scholarly books. Additionally, he was a 2017 Fulbright-Hays Fellow and studied in Botswana and Namibia. He has visited seven countries on the continent of Africa over the course of his professorial career.

Dr. Jackson earned a Bachelor of Science degree in history education and a Master of Applied Social Sciences degree in public administration, both from FAMU, and a Doctor of Philosophy degree in history at the University of Memphis. In addition, Dr. Jackson completed the Management Development Program at Harvard University and was selected as an American Council on Education Fellow, as part of its 2017–2018 class, and completed his fellowship at the University of Houston.

In the role of NCCU’s provost and vice chancellor for Academic Affairs, Dr. Jackson shapes the future of the academic enterprise at the university. As the University’s chief academic officer, Dr. Jackson reports to Chancellor Johnson O. Akinleye and oversees NCCU’s academic programs, research, personnel, resources and support services. He provides academic leadership for ensuring the quality of instruction and research through collaborative work with the deans, department chairs and faculty; administers and monitors procedures and criteria for faculty appointments and tenure promotion; and ensures the quality of student learning, as well as working collaboratively with the chancellor, vice chancellors, and all major councils and committees to accomplish the mission of the university.

Dr. Jackson also leads and supports the development of new doctoral programs to help achieve the University’s strategic goal of rising in Carnegie classifications. Additionally, he supports the development of new bachelor’s and master’s degree programs to meet new market needs in the growing medical and health science economy of North Carolina’s Research Triangle. Dr. Jackson also works in conjunction with the Office of Sponsored Research and Programs, as well as the two research institutes, the Julius L. Chambers Biomedical Biotechnology Research Institute (BBRI) and the Biomanufacturing Research Institute and Technology Enterprise (BRITE), to raise and support the University’s research activity. Dr. Jackson works closely with the Division of Enrollment Management to increase both the numbers and quality of the student body.