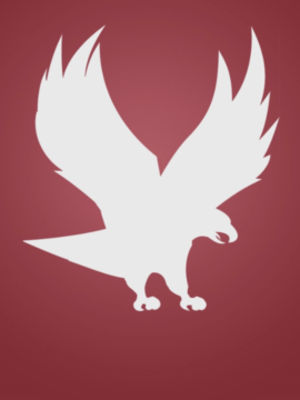 Damon Brown is a musician who is enthusiastically exploring the possibilities of the double bass as well as four- and six-string bass guitar. His 2008 debut album, "Falling Forward," captures his compositional and bass work in the modern jazz genre. Brown's recorded works feature his playing in ways that expand his role as a bassist and leader. "I am always wanting to find creative ways to communicate with listeners through my instrument," Brown states, and he adds, "Even though I feature the bass guitar in unconventional roles, my focus is making my compositions as musical and expressive as possible." As he draws heavily from the jazz traditions, Brown does not shy away from swinging on bass guitar even though he is an accomplished double bassist. "I have always continued to play more traditional jazz on bass guitar as well as upright and feel that bass guitar has a place in jazz music."

Born in South Boston, VA, in 1970, Damon was the youngest of three boys and was encouraged, along with his brothers, to follow his musical inclinations at an early age. He recalls, "My father whistled melodies while he played guitar, and his music and soulfulness left a lasting imprint on me." Damon would play guitar as well at an early age, but it was in 1983 that certain events began to shape his life. He remembers, "In 1983, I picked up the bass, began performing in a band with my brothers Derek and Duane, and my lifelong friend, guitarist Harold Greene, who joined our band later that year. It was a huge year for me." Damon performed regularly with the group and rehearsed every week, along with taking every music class his public school offered.

Berklee College of Music was Damon's first stop after high school, though eventually, he transferred to North Carolina Central University to finish his undergraduate degree. It was at NCCU that he mentored with jazz program director Ira Wiggins and strings director Earl Sanders, who began Damon's studies on double bass. As the bassist for Ira Wiggins's professional group, Damon performed regularly throughout the state. "Performing with Ira was an education I am equally thankful to have had, and he didn't cut us any slack on the bandstand just because some of us were his students at NCCU," he says.

While at NCCU, Damon developed severe tendonitis in his arms and hands, and it was unclear whether he would be able to continue to play the bass at all. Conventional medicine at the time was of little assistance to Damon, and he desperately sought the professional help that he needed. After learning about the emerging study of performing artists' injuries, Damon visited the leading expert in the field, Dr. Alice Brandfonbrener. With her help, he was able to restructure and reinvent his technique, as well as his physical and mental approach to both practicing and performing. "I had to adopt a mentality similar to professional athletes and learn to train in ways that would allow me longevity as a performer."

After a painful and frustrating year of rehabilitation, Damon arrived at East Carolina University for his graduate degree work. There, he mentored with Carroll Dashiell, who solidified his skills on upright and expanded his core concepts as a musician. "Studying with Carroll changed my life," Brown states. "His impact on me is found in my music, and my life. People like him are very special." While at ECU, Damon also studied composition with Dr. Mark Taggart. Dr. Taggart encouraged Damon to compose concert works and have them performed regularly, which enhanced his skills as a composer. Damon completed his M.M. in Bass Performance degree from ECU and capped off his experience there with a performance at the Montreux Jazz Festival.

Damon soon afterwards was married and relocated to Richmond, VA, where he taught bass at the University of Richmond and performed as a professional musician. In Richmond, he also met an important friend and musical collaborator in Adrian Duke. He and Adrian along with Harold Greene and fellow ECU musician Wayne Viar formed the group Grady's Hat and released the CD "Ridiculous to the Sublime." The music is a blend of New Orleans funk, jazz, Latin, and rock music that Damon feels is some of his best work to date. "Grady's Hat is an important group, and even though we are on hiatus, we will certainly work on future projects together."

Currently, Damon is living in Durham, NC, where, in addition to performing with his own group, he teaches bass at NCCU and performs and records regularly with Adrian Duke and the Baron Tymas Trio. He is very excited about his role as a leader in support of "Falling Forward" and reflects, "The energy and passion I still have to improve my life and my music inspire me to keep at this challenging career where I am able to work with so many creative and wonderful people."