At North Carolina Central University, students are engaging in this time-honored pursuit through theoretical and laboratory research that no less pushes the boundaries of current knowledge. As intellectual explorers, they are making groundbreaking progress in tiny systems such as subatomic particles and in concepts related to the Hercules-Corona Borealis Great Wall, a cluster of dust, gas and dark matter considered the largest structure in the cosmos.

More than 40 laboratories in the Mary Townes Science Complex have been established for conducting research in the physical sciences. That’s where students and faculty members search for answers to emerging problems and ongoing mysteries, including how to effectively control robots in space or predict the rate of expansion of the universe.

Physics professor Diane Markoff, Ph.D. hopes to learn more about the formation of stars. To do so, she studies processes inside the nuclei of atoms.

If you want to understand how stars are formed, we have to understand nuclear reactions and how neutrinos and particles interact. We set up interactions and studies in the lab and use the results, combined with a little theory, to understand what is happening in a supernova or what took place in the early universe.

“I’ve always enjoyed knowing how things work and wanted to build things,” said Thomas, a Cary, N.C., native. “My learning style is hands on, and the professors at NCCU gave me  opportunities to work in the physical side of physics. This meant  I could open up and enjoy what I was learning.”

“Because I studied physics, I understand what they are trying to do, and from a real-world perspective, what materials it will require,” she explained. “It could be anything from a table that supports a detector weighing 1,000 pounds or an intricate container with specified air pressure and materials.”

In addition to the laboratories on campus, researchers in nuclear science have access to the Triangle Universities Nuclear Laboratory (TUNL), a specialized facility housed at Duke for nuclear physics experiments that is funded by the U.S. Department of Energy (DOE). NCCU is a partner in the TUNL program, along with Duke, N.C. State University and the University of North Carolina at Chapel Hill.

Labs at TUNL can be set up to reflect conditions in outer space for experiments involving nuclear activities, although “it’s extremely hard to recreate the astronomical environment in the lab,” Markoff concedes.

Funding for such cutting-edge investigation comes from a variety of sources, such as the Department of Education, the National Science Foundation, the U.S. Department of Defense and others, including NASA, which previously provided a $1 million- per-year grant to create the Center for Aerospace Device Research and Education (CADRE) at NCCU.

Research funded by the grant, awarded in 2010 and now up for renewal, focuses on development of materials and products that are beneficial to the space program.

Both CADRE and the NSF Center of Research Excellence in Science and Technology (CREST) encourage interdisciplinary efforts that cross academic departments, including Mathematics and Physics; Chemistry; and Environmental, Earth and Geospatial Sciences.

Much of the research has focused on emerging fields, such as material science, nanotechnology, renewable energy, nuclear physics, robotics, geophysics and big data.

“We have developed several so far that have been very important,” said Branislav Vlahovic, who began working at NCCU in 1996 after spending six years at Duke. He has since established several new facilities for Eagle teaching and research, including labs for nanotechnology, material science, and semiconductor physics, and research programs in theoretical and computational nuclear physics.

Combining rigorous academics with opportunities for hands-on development in the research lab has been a boon for the physical sciences.

Maksym Eingorn, Ph.D, a research associate at CREST, studies gravitational interaction between distant galaxies to help understand more about the universe, such as dark matter and the Big Bang origin theory.

His findings could eventually help explain the existence of dark matter and dark energy, the mysterious substances that make up 94% of the universe.

“If we can learn their properties, then we can understand more about how they influence the world,” Eingorn said, referring to dark matter particles.

Also stemming from the NASA grant was a new tool to analyze high-energy gamma rays, the hottest and most energy-producing objects in the cosmos. That device is already in use at the DOE’s Thomas Jefferson National Accelerator Facility, called the Jefferson Lab, in Virginia, Branislav Vlahovic said, and - after needed modifications for space - will eventually be used by NASA in its latest observatory project known as the All-sky Medium Energy Gamma-ray Observatory, or AMEGO.

The AMEGO is the one of the largest ongoing NASA programs and will be the main window to investigate the universe for the next few decades.

Other breakthroughs have included a complex computer program that could contribute toward better understanding of nuclear forces and nuclear structures; a new, more accurate method for measuring violations of fundamental symmetry in space; and an intense positron beam with 10,000 times greater brightness than other facilities.

“Jefferson Lab is considering building a positron center based on our concept, which the World Positron Congress in October 2018 noted as the largest leap of progress in positron physics instrumentation for the last several decades,” Branislav Vlahovic said.

And while astrophysicists look out into the universe, Environmental, Earth and Geospatial Sciences professor John Bang Ph.D., is working with chemistry professor Darlene Taylor, Ph.D., to analyze activities of tiny atomic particles. With a $1 million grant from the National Science Foundation, the team is experimenting with free radical molecules, which are known to disrupt cell production and vital organ activities in humans. Bang and his team are examining the effect on free radicals by carbon nanodots, which serve as antioxidants and may be useful in reducing the negative impacts of free radicals.

Along with these exciting discoveries has come growth in the number of students earning STEM degrees at NCCU. In 2018, Diverse: Issues in Higher Education magazine ranked NCCU fifth among all universities in the nation in producing African American physical science graduates.

Student recruitment and retention has improved, leading to 108 master’s degree recipients between 2009 and 2017 – most of whom went on to doctoral programs with scholarship support. That same time frame saw 190 receiving bachelor’s degrees in STEM subjects, with more than 75% graduating in four years, twice the national average.

The College of Arts and Sciences hopes to expand its degree programs in STEM at both the undergraduate and graduate levels.  A new degree in Clinical Research Science is being planned for Spring 2020, according to Dean Carlton Wilson.

“By expanding our research platform and challenging students with hand-on projects, we are helping them develop their passion for science, technology and math,” Wilson said. “There are many career opportunities for researchers, scholars and innovators in all the STEM fields. NCCU STEM graduates will be well-positioned to help the state of North Carolina meet its critical workforce needs. 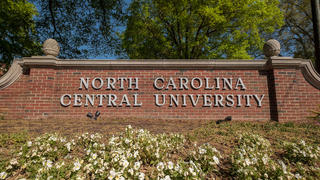 As we acclimate ourselves to the changing realities that the coronavirus and its impacts have brought into our lives, we want to provide an update regarding university operations for fall 2020 and beyond. 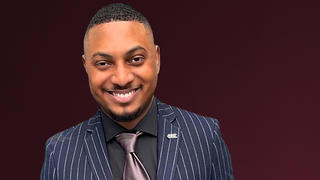 A special book presented to Ian Courts by his dad kept him inspired as he worked his way through the School of Law. 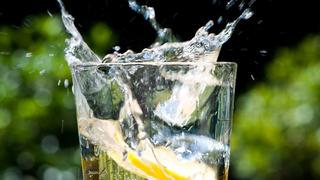 Cool Tools to Use for Summer Learning

Here are some tools that SAS students can use for Summer Learning while at home.