He was born to the late Hezekiah Oliver and Hilda Frieda Lyons Whiting in Navesink, N.J., on July 3, 1917.

Chancellor Emeritus Whiting earned his undergraduate degree from Amherst College, a master's degree from Fisk University and his Ph.D. in sociology from American University.

He served his country as a soldier and First Lieutenant, Company Commander in the U.S. Army, from 1943 to 1946.

Chancellor Emeritus Whiting was married to the late Lottie Luck Whiting, who passed in 2004, on June 10, 1950, in Danville, Va., and was the father of Dr. Brooke Whiting and his adopted daughter, Dr. Lila Ammons.

Chancellor Emeritus Whiting came to Durham from Morgan State College (now Morgan State University), where he was dean of the faculty. He was elected president of North Carolina College at Durham by the Board of Trustees on July 20, 1966, and assumed his duties in July 1967. Under his leadership, North Carolina College became North Carolina Central University, added its fifth school, the School of Business in 1972, and increased enrollment. His tenure was also responsible for the creation of new academic programs, including criminal justice, public administration, elementary education, jazz and music. He welcomed President Gerald R. Ford to campus in 1975. Upon his arrival, the institution’s enrollment was more than 3,000 students, and by the time he retired in 1983, the enrollment had grown to over 5,000 students.

Chancellor Emeritus Whiting has been referred to as a “builder” of the institution. As president and chancellor, he oversaw substantial growth of the physical plant that included 12 buildings. His most ambitious project was the erection of a four-building physical education complex, as well as the construction of Eagleson Hall, the Alfonso Elder Student Union and the annex to James E. Shepard Memorial Library. Additionally, a new chancellor’s residence was constructed in Emorywoods in 1974, at 3,293 square feet.

Chancellor Emeritus Whiting cut off funding to The Campus Echo, the student newspaper, after a front-page article questioned the number of white students enrolled at the university. The ruling in Joyner v. Whiting, the lawsuit challenging Whiting’s order, set a standard for freedom of the press on college campuses. In a 2010, Chancellor Emeritus Whiting remarked about militancy and student protests he saw as challenges to his tenure, stating: “I believed in student rights in the governance of the school, so I tried to accommodate as much as possible without damaging the university.”

Chancellor Emeritus Whiting was the first leader to initiate a major fundraising campaign to create a university endowment, and he helped establish the NCCU Foundation, Inc. When he arrived at NCCU, the operating budget was $5.5 million; it had risen to $34 million by 1983, the year he retired. Chancellor Emeritus Whiting created the Office of Development and Public Relations, which later became the Office of Institutional Advancement. He was a strong advocate of faculty development and established collaborative programs with the University of Michigan and University of Wisconsin to help NCCU faculty obtain doctorate degrees.

He maintained a strong connection to NCCU following his retirement, and in 1988, he served as the Founder’s Day speaker. The Albert N. Whiting Criminal Justice Building, dedicated on November 3, 1989, bears his name. He received the honorary degree of Doctor of Humane Letters from NCCU on May 15, 1983, and was presented with the James E. Shepard Medallion during the Centennial of North Carolina Central University in 2010.

Chancellor Emeritus Whiting was an active member of the community. On December 15, 1969, he was one of only two African Americans approved and admitted to become members of the Durham Rotary Club. He was a member of Alpha Phi Alpha Fraternity Inc., and Sigma Pi Phi Fraternity Inc. He founded the first member Boule in North Carolina and is considered “The Father of the Member Boules” in North Carolina. While serving at NCCU, he was a communicant at St. Titus Episcopal Church.

On July 3, 2017, Chancellor Emeritus Whiting was recognized for the centennial of his birth by the university, faculty and alumni.

In lieu of flowers, the family desires that contributions are made to the NCCU Foundation, Inc., to support the Albert N. Whiting Endowment. You can donate online at: https://www.nccu.edu/institutional-advancement/giving-online. Checks can be made payable and mailed to: NCCU Foundation, Inc., 1801 Fayetteville Street, Durham, NC, 27707; please write Albert N. Whiting Endowment (account #40133) on the memo line of the check. For more information on Ways to Give, visit: https://www.nccu.edu/institutional-advancement/ways-give. 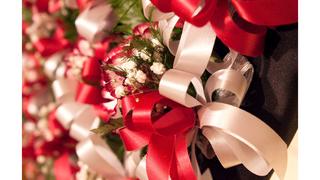 Young alumni who are movers and shakers under 40 are being honored virtually this year.

The UNC System is requiring all individuals to wear face masks or other face coverings while on campus. The CDC and health officials have noted face coverings help slow the spread of COVID-19. 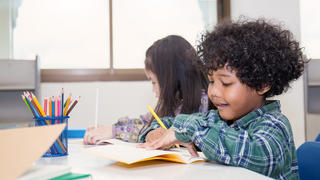