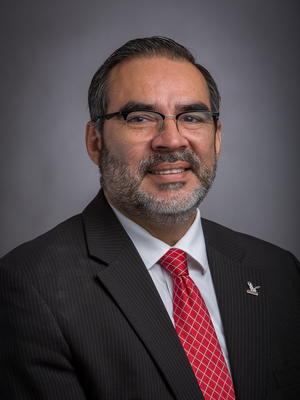 Mr. Herrera was initially appointed by the UNC Board of Governors to serve a full four-year term from July 1, 2017, through June 30, 2021.

He began his career at the World Wildlife Fund in Washington, DC, and later worked for the Center for World Environment and Sustainable Development in Raleigh, NC, as well as the Duke University Center of International Studies. He then joined the staff of Self-Help Credit Union and serves as senior vice president for Latino/Hispanic Affairs.

Herrera co-founded several non-profits, among them the Latino Community Credit Union, the National Association for Latino Community Asset Builders, and El Pueblo, Inc. He served on the North Carolina Credit Union Commission from 2003 to 2010. In 2013, the White House honored him as one of eleven "Champions of Change" immigrant innovators and entrepreneurs. In 2017, President Obama nominated Herrera to the National Credit Union Administration.