As a young girl in Cartersville, Georgia, North Carolina Central University Associate Professor Kimberly Weems loved to tag along to work with her mother, a middle school science and math teacher.

Weems said those visits gave her a chance to try out the lab equipment and examine pictures in text books, sparking a lifelong interest in science and math.

“I was very fortunate to have strong women role models in my life at an early age, and especially once I got to college,” said Weems, who attended Spelman College in Atlanta before being accepted into a doctoral program.

In 2000, she became one of the first three black women to receive a Ph.D. in applied mathematics from the University of Maryland at College Park. Following her post-doctoral program at North Carolina State University, Weems joined the faculty of NCCU in 2015. In 2017, she received the College of Arts and Sciences Excellence in Teaching Award.

She was also recently recognized by the Network of Minorities in Mathematical Sciences as a Black History Month honoree.

Promoting the mathematics field to women and minorities comes easily to Weems because of its good career opportunities and versatility.

“It really trains you to problem solve, so having a strong foundation in math can lead to success in so many areas,” she said.

Even students who have strong math abilities often need a push to pursue it as a major field of study. Some believe the skills are too difficult to learn and others, with few female or black role models to emulate, have trouble even envisioning themselves as professional mathematicians.

“Math anxiety is real, and starts at an early age,” Weems said. “For some, the resulting feeling becomes: math just isn’t for me.”

According to the National Science Foundation, women hold only about a third of all upper level math degrees and fill about a quarter of jobs. African-Americans are also underrepresented in the mathematics and engineering workforce, with only about a five percent presence.

For Weems, the challenging task ahead is to help her own daughters, ages 7 and 10, maintain their already evident interest in math.

“I do try to present math in a positive light and bring it up in everyday life, pointing out when it is being used,” she said.

Weems believes both girls are getting the message that mathematics is a fascinating subject that can be mastered by women, as well as men.

“Sometimes I hear my daughters complaining about their math homework, but the next thing I know they are explaining something in a mathematical way,” said Weems, whose elder daughter recently described the layout of a strange building as being “on an X Y grid.” “It blows me away." 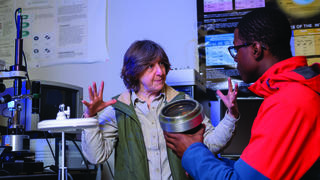 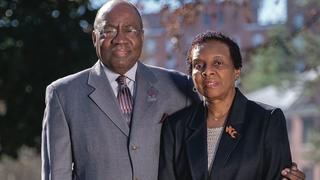 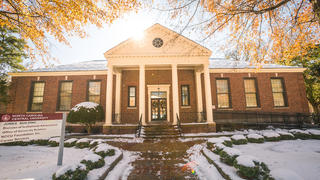