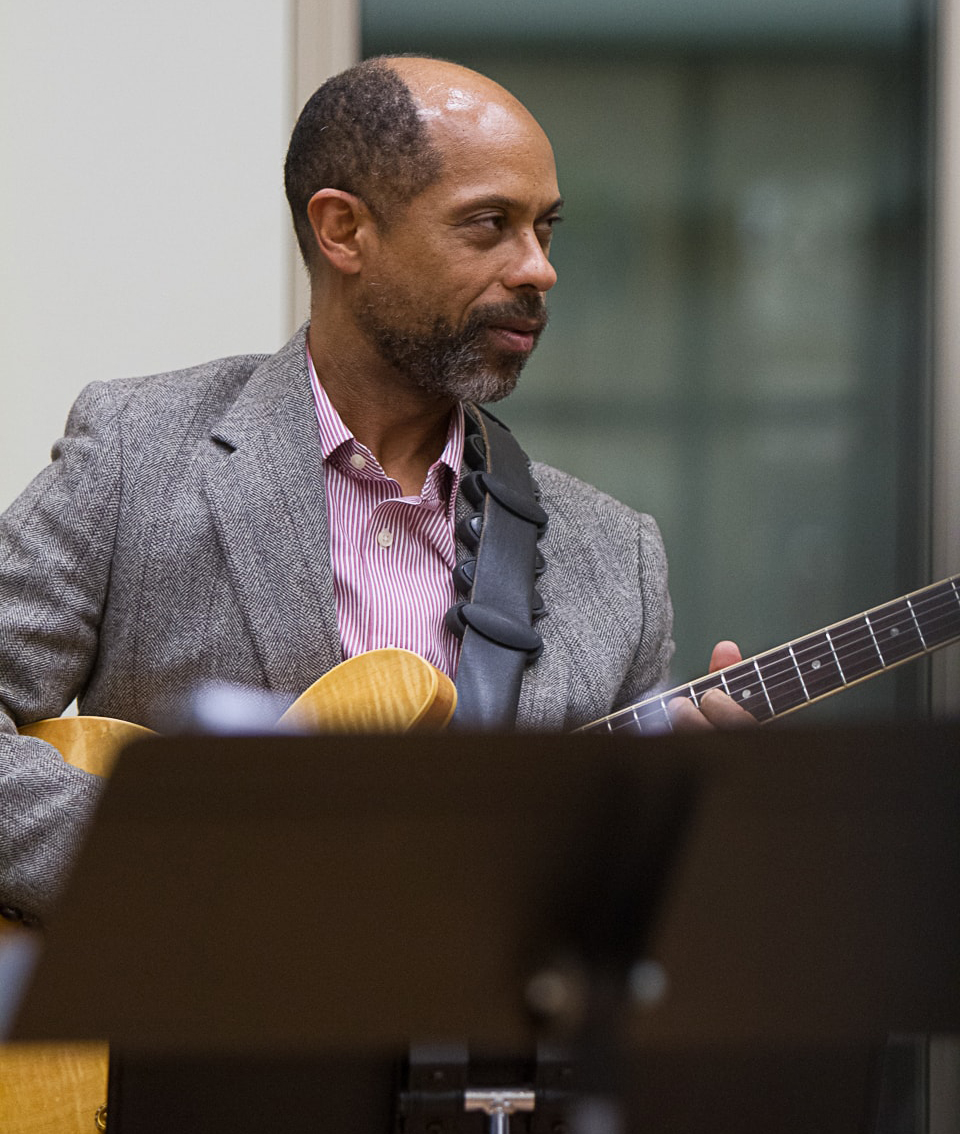 Associate Professor of Music Baron Tymas was a Fulbright Visiting Research Chair in the Person and Society at Concordia University (Montréal, QC) in Fall 2015. Since 2001, he has taught primarily jazz and guitar courses at NCCU. His student ensembles have earned national recognition.

Professor Tymas has performed, lectured and taught around the world, and is privileged to have played with many internationally known artists and groups. Tymas has released three CDs as a leader: "Montréal" (2017), "Insight at Midnight" (2009) and "Blues for the Tribe" (2007). He won an NC Arts Council Jazz Composer Fellowship in 2008.

He holds Master of Music and Bachelor of Arts degrees from Howard University and is a native of Washington, D.C.

Blues for the Tribe