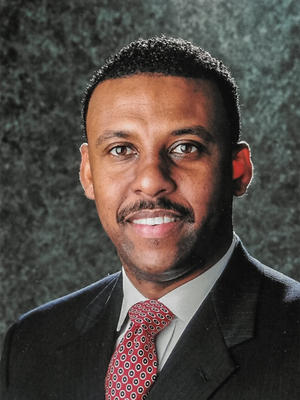 Dr. Al Zow began serving as North Carolina Central University’s chief of staff on January 22, 2018. Most recently, Dr. Zow served as president of HGS, a management consulting firm, and as the founder of the HEAL Global Institute in Orlando, FL.

Dr. Zow has over three decades of experience in higher education, healthcare, research, law, and compliance. As a “healthcare hero,” e-Health and technology pacesetter, and health innovator role model, he has been a trailblazer in education, technology, and healthcare. Dr. Zow has received formal commendations for his leadership and innovative efforts in health and technology from the 16th US Surgeon General, a former Federal Communications Commission chairman, and former U.S. Ambassador. He has initiated and structured a number of innovative strategic partnerships in areas such as population health, e-Health, social media, physician/patient cultural competencies, and cardiovascular intervention initiatives.

In academia, Dr. Zow served as assistant to the president/chief of staff and tenured associate professor at Savannah State University (SSU), where he built a sterling record of community service, research, and innovation. He founded the Institute of Minority Health at SSU. Dr. Zow also conducted population health research for a health system that resulted in the establishment of a national model, the first privately funded center of its kind in the nation. He formerly served as chairman of Georgia’s Department of Community Health’s Advisory Council. Dr. Zow initiated and structured an innovative partnership between Yale University College of Medicine, SSU, and a health system for a project entitled “Operation Beating Heart,” a cardiovascular intervention initiative that utilized telemedicine applications. The Board of Regents of the University System of Georgia (USG) nominated Zow for an Excellence in Public Service Award.  He also served as a member of the leadership committee in the establishment of the Alternative Dispute Resolution Program and Distance Learning Initiative for all state universities within USG.

The City of Orlando and Orange County Government Emergency Management departments nominated Dr. Zow for FEMA’s Individual Award in the categories of “Community Preparedness Hero” and “Preparing the Whole Community.”